What's the most satisfying sound?

stiv said:
Just for the record, now Bialetti has produced a moka called “Brikka” with a large hole on the top that makes great coffee with wonderful cream just like the machines at the bar…

I discovered it in a restaurant in Tuscany, bought it and darn, is really amazing.
Click to expand...

I saw $15 buck “Brikka” Gaskets to mod your old Moka. Only for the Alu models though.

Bacon sizzling in the pan at breakfast time is always good.

Bertotti said:
If you don’t drink it as a beverage how do you drink it? I do know if you drink to much you may have some internal sounds that you may not want! Not ones I like to hear but as a guy I can still find funny!
Click to expand...

Well, “beverage” in the sense you make it in the morning, add water and drink it during the day. Over here in Italy no one drags a coffee thermos to work in the morning or bring a huge plastic cup full of coffee on the office, a thing that’s common in the US or the UK. We drink coffee as “shots” of caffeine several times during the day, the stronger (so it has to be very, very short) the better.
I never use my 8-cups moka besides big family reunions, or parties. The one that gets all the playing time it’s the 2-cups for me and wifey a couple of times in the day (usually the morning and after lunch, I don’t like to drink coffee after 6 in the afternoon ‘cause it gives me trouble sleeping). Sometimes when I have a dinner with friends I use my 4-cups but it’s just to make enough cups for everybody.
I never make a 4-cups moka, pour it in a bottle and drink it all over a time span. That’s not the way it works here. Even when we drink American coffee (which is an espresso with hot water in Italy

), we do it as a shot, never as a “beverage” you could drink during a couple of hours.

Ricochet said:
I saw $15 buck “Brikka” Gaskets to mod your old Moka. Only for the Alu models though.
Click to expand...

The sound of my 74 400 Husqvarna coming out of a corner a gear high.

JeffreyLeePierre said:
Long time ago, I heard my cousin speaking of Coca Cola in red wine. At least, she had seen one person doing so. Not sure if that was usual.

Oh, that poor well tuned composition ... what did it do to deserve such an atrocity?

The poor Cola ... contaminated with protovinegar ... what a lack of culture! 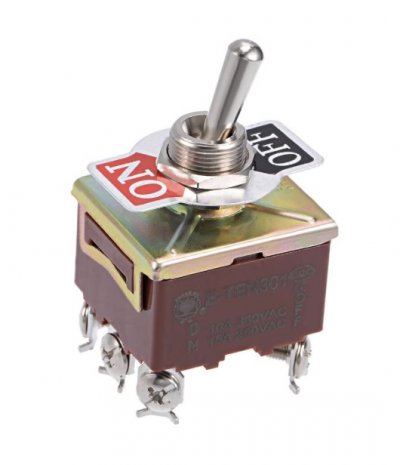 Coffee ... little story from being a student working in gasoline engine R & D ... but it could have been anything, as it's about coffee machines ... those that pretend to clean themselves, but make you regret being the first one to use it after selfcleaning ... the woman who usually had the coffee machine coins, and exchanged them (which was cheaper than putting actual coins in the machine ... it worked with these, too, but a cup would be 50 cent then, instead of 30), went on vacation, so I took over that, because some claimed they wouldn't be in proper working condition without ... someone had to.

I decided to do an experiment - you could also get an Espresso'ish thing out of it, using the same amount of coffee, but only a little bit of water. As I now had as many coins as needed, I filled a large cup with these, let it chill until I could gulp it off in one sip, and did so.

Uh, yeah, so ... caffeine really does increase your heart's frequency. For about 20 minutes, I had an increased heart rate and was sweating a bit ... and that's about it. Tasted ... well, not really great. In two sips, I wouldn't have downed it, the Espresso out of that machine sucked anyway, tasted bitter, bitter and bitter. Not really among the bestsellers there.

JeffreyLeePierre said:
Long time ago, I heard my cousin speaking of Coca Cola in red wine. At least, she had seen one person doing so. Not sure if that was usual.
Click to expand...

It’s a typical Austrian drink. Cola and red wine. I never bothered to ask what was the name, but rock’n’roll bars in Linz were full of kids drinking it.

pete67 said:
I knew a fella who would only drink gin with hot water.
Click to expand...

I love gin and that might be the most horrifying thing I've ever read.
P

afire said:
I love gin and that might be the most horrifying thing I've ever read.
Click to expand...

I know. It really pained me to serve it to him. Eh, he was Danish/American.

JackNangle said:
I find the ‘thunk’ of a metal on/off switch like this oddly satisfying
View attachment 196383
Click to expand...

The sound of a chainsaw coming into contact with a banjo

LesB3 said:
"...to crush your enemies, see them driven before you, and hear the lamentations of their women."
Click to expand...