Singers who can't really sing but are awesome

Brian May is a great singer that never gets enough credit. Robert Earl Keen is my favorite singer that can’t sing. But his music would not be the same if he could. When I cover one of his songs I try to emulate him. It doesn’t sound as good in “my” voice. Not bragging but I was an all-state vocalist in high school but choral music and pop singing are way different things.

audept said:
OK, since this has been revived my vote goes to the definitive example:

Remember please he and Ella made some of the finest music in their day and that day spanned over 30 years. Not conventional pretty but clear, articulate and genuine.

kaitlincampean said:
I completely agree with the statement that some modern artists do not know how to sing at all. I think they don't need it because every successful artist of this kind has their unique style with which they perform and record songs. This style attracts listeners, even if it cannot be called singing from the point of view of music theory. It is quite difficult to sing correctly; it implies a very large number of things that you have to control in your body. On the musicaroo.com website, you can read about it; there are many useful articles on this topic. The main idea is that now the public needs personalities and not just good performers of poems to music.
Click to expand...

Welcome to the forum, @kaitlincampean ! 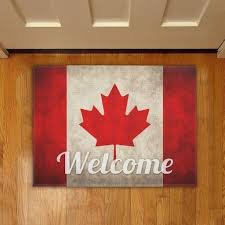 Henry said:
Neil Young and Jerry Garcia I group together. Neither have great voices, but are extremely emotive, like a grandfather telling a story.

They both also, IMO, have pretty raw guitar playing, though I much prefer Garcia on electric guitar.
Click to expand...

Neil has that spear-in-the-back style of playing, whereas I play more like Jeff Beck and Eric Clapton. --- Stephen Stills Guitar World 2000

Chet Harrison said:
Richard Thompson. Great guy but his singing actually detracts from the music. I hate to say it, because I know he’s really worked at it.

Another character guy is Leo Kottke. His voice is nice and rich but not a lot of range or versatility. He’s very self-deprecating about it though, which is refreshing.
Click to expand...

Dylan’s voice grates in my ears and nerves and if he comes in a station I can change I change it instantly. Definitely the can’t sing list for me.

Joe Cocker can sing. Around 1990 I was on a work trip in Germany, hanging in the bar late with some work buddies.

Turned out Mr Cocker and his band were staying in the same hotel. They had finished a gig and came to the bar. There was a piano and somebody kindly asked if Joe could sing a few tunes. He obliged without hesitation, sat down at the piano, started with little help from my friends and did a few other songs. He can sing. And such a nice guy.

Bob Dylan on the other hand. I saw one gig of his and even the hard core fans did not know which song he was singing. That was really awful.

juks said:
Bob Dylan on the other hand. I saw one gig of his and even the hard core fans did not know which song he was singing. That was really awful.
Click to expand...

Same experience. I remember that I couldn’t even tell he was singing “Tangled up in Blue” until he was about 5 minutes into it, and I love that song. I am a Dylan fan, but I left the show before the set was over (the ticket was free, so I lost nothing) because it was too depressing.
You must log in or register to reply here.
Share:
Reddit Pinterest Tumblr WhatsApp Email Share Link