Remember the days when you actually got a physical concert ticket and not some scan code on your phone?

Anyone else saved old concert ticket stubs? I have a stack of them. I had forgotten that I went to see some performers multiple times.

Looking back I’m glad that I had the chance to see the ones that are no longer with us: Stevie Ray Vaughn, The Ventures, Dick Dale, etc. 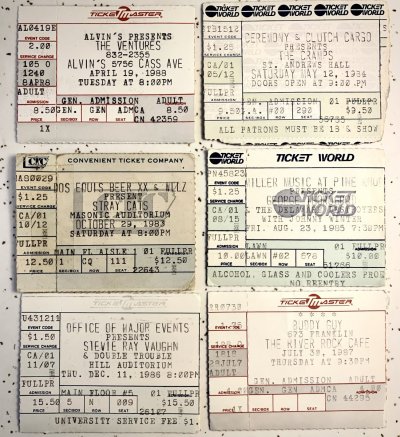 This is not mine but I was there. Wish I had hung onto these sorts of memorabilia. 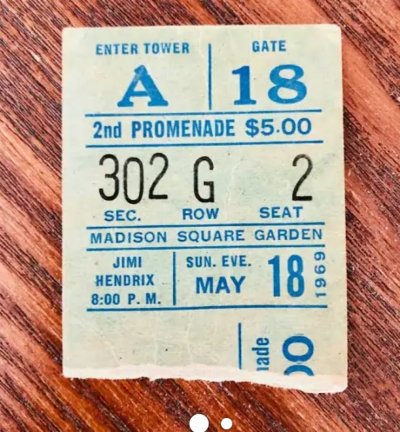 Am am so old that I remember concert tickets being works orf art. With album covers or cool portraits on them. Well worth collecting.

loudnlousy said:
Am am so old that I remember concert tickets being works orf art. With album covers or cool portraits on them. Well worth collecting.
Click to expand...

Yes, as well as the inner album sleeve. 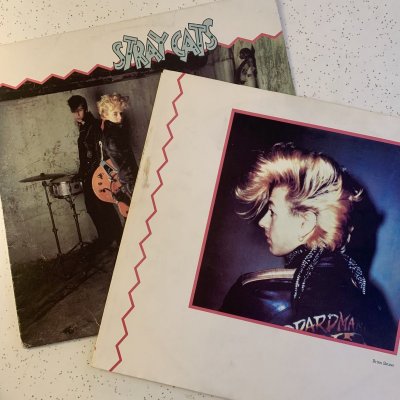 Yeah, I have an old business card wallet stuffed full of 'em. A lot of them have faded to the point I can barely read them anymore, but they're there - concerts, football games, festivals, whatever event gave me a stub. 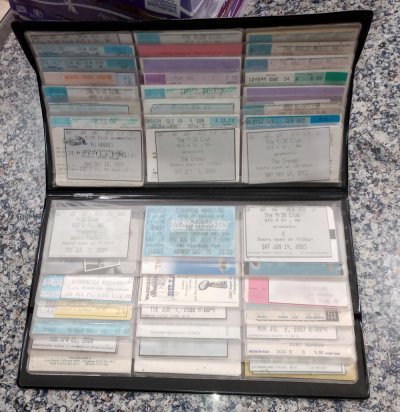 Pemberton said:
I have a stack of them.
Click to expand... 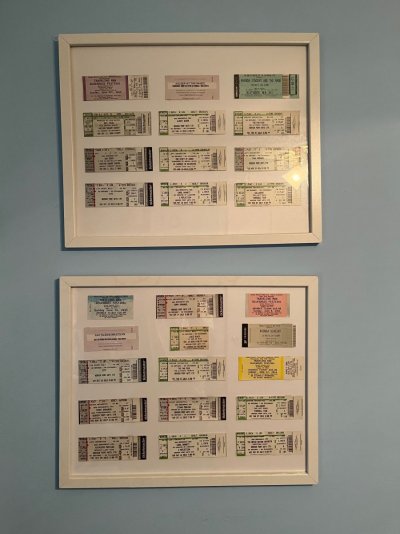 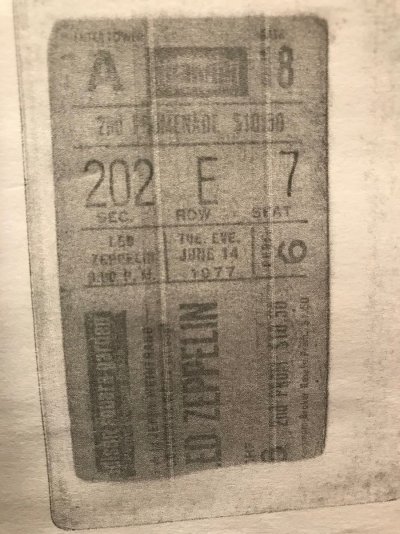 thunder58 said:
I have enough for about 4 more frames.
Click to expand...

Nice, you actually framed some. Mine are all in a shoebox. And to think, in the 80s a ticket was $10 to $15 bucks. Today some venues charge more than that just for parking.

Here’s the first one I saved. Lenny Kravitz opened. 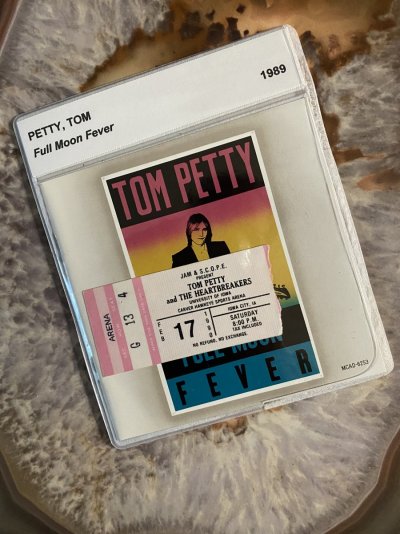 I think this is the first one I saved (my second show - first one being the Stray Cats).

U2 in Detroit 1983 (War album tour). Smaller theater, before they grew to only playing stadiums.

Price $10.50, and my friend and I made our way right up front next to the stage. We could feel Bono’s spit when he sang, and I remember being grossed out by that.

Although I went on to see them live another 5 times over the years (much further back from the stage, of course). 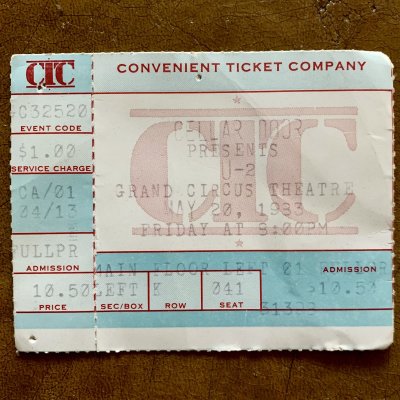 Had a bunch of them. Haven't seen them since the move a few years ago.

Those prices. Those really were the good old days. 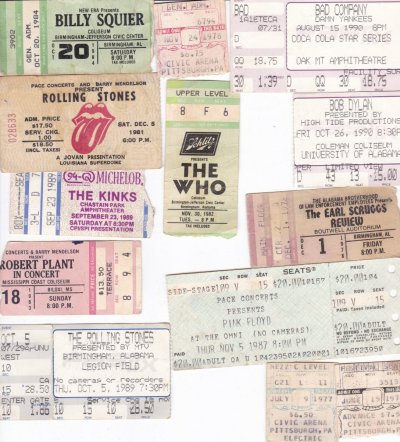 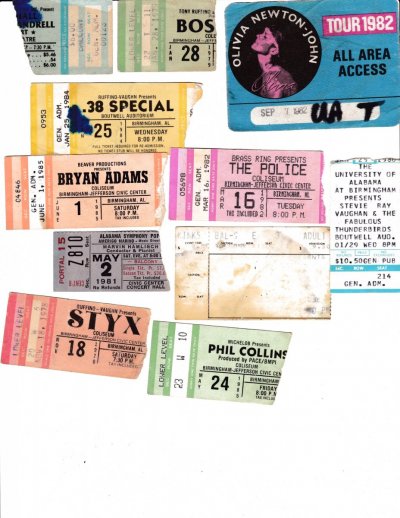 Here are the only ones I kept..
The Civic Arena Pittsburgh stubs are The Outlaws with The Michael Stanley Band opening but they were sick so in stepped Nick Guilder ( Hot Child In The City ) who got booed off stage after a couple of songs, Foreigner with opener Journey ( great show!), and Boz Scaggs with Southside Johnny and the Asbury Jukes.
Worst concert shown was Bob Dylan, hands down.
Marvin Hamlisch was great, couldn't believe it!
Barbara Mandrell was awesome too ( during one song she ran around the stage and played every instrument including drums!
Missing stubs include The Police in 1978 or 1979, Allman Brothers about 1990, Crosby Stills and Nash ( worse concert ever! )
I worked for Union Programs at the Univ. Of Alabama in 1980-82 and we had ZZ Top, Mother's Finest, Beach Boys, Kool And The Gang, Commodores, Oak Ridge Boys ( I had a road rage incident with two of them on the way to the Kinks concert in Nashville 1983) , Emmylou Harris who was a SWEETHEART!, and some I'm not sober enough to remember..

I wish I had. For the last few years, I've been creating iTunes playlists for each concert I saw, using setlist.fm. I've started going back in time, to fill in older concerts.

Some collect t-shirts, but most are forgettable and ridiculously expensive. At the recent Doobie Brothers concert, they were $50. (It's a Hanes t-shirt, which sells for $21.99 for 6 at Target!)

I just found all of my old ones the other night in a box under my bed!
L

Ticket prices are way up.

I'm an old coot and I recall buying tickets at Ye Old Selective Service shop to see Steppenwolf; Ten Wheel Drive and Luther Alison at the Fillmore East for less than $15.00 for 2.