Love this resonator but it now has developed a rattle in the cone somewhere. Any ideas on how to fix?

If the cone has slipped in any way, it could develop a rattle if it is off-center or if the "spider" has moved.

Since the Bobtail has a spider cone instead of the biscuit bridge cone, it's a bit more susceptible to rattles.
Another possibility could be the lead wire running from the bridge pickup. It is sometimes routed directly through the center of the cone, and sometimes wired across the back of the cone toward the tailpiece, but the wire could be vibrating against something beneath the cone.
Last edited: Feb 25, 2022

Thank you! I didn't think about the pick up lead. I'll check that and the seating of the spider.

I remember having one of the cheaper $350 wood resonators from the roots line. I had to reposition the feet of the spider to make sure they were all level. They spider may actually be a little rotated too?

I traded that reso, for a bell brass body Gretsch, but it was a biscuit bridge, and the saddle was broken at first. Those bridges are finicky!!! Good luck. Be careful not to snap the spider readjusting it. That aluminum is THIN!

Thanks! I have a Tricone that had a similar issue years ago, in the end I had to slip a shim under one of the legs. I'm looking at it tomorrow and if any doubts I'm going to bring it to someone who knows what they're doing. It really is a great sounding reso

I must have got a good one-- mine is the biscuit bridge limited-run Chieftain Red G9241 A/E Alligator... it's a great guitar! 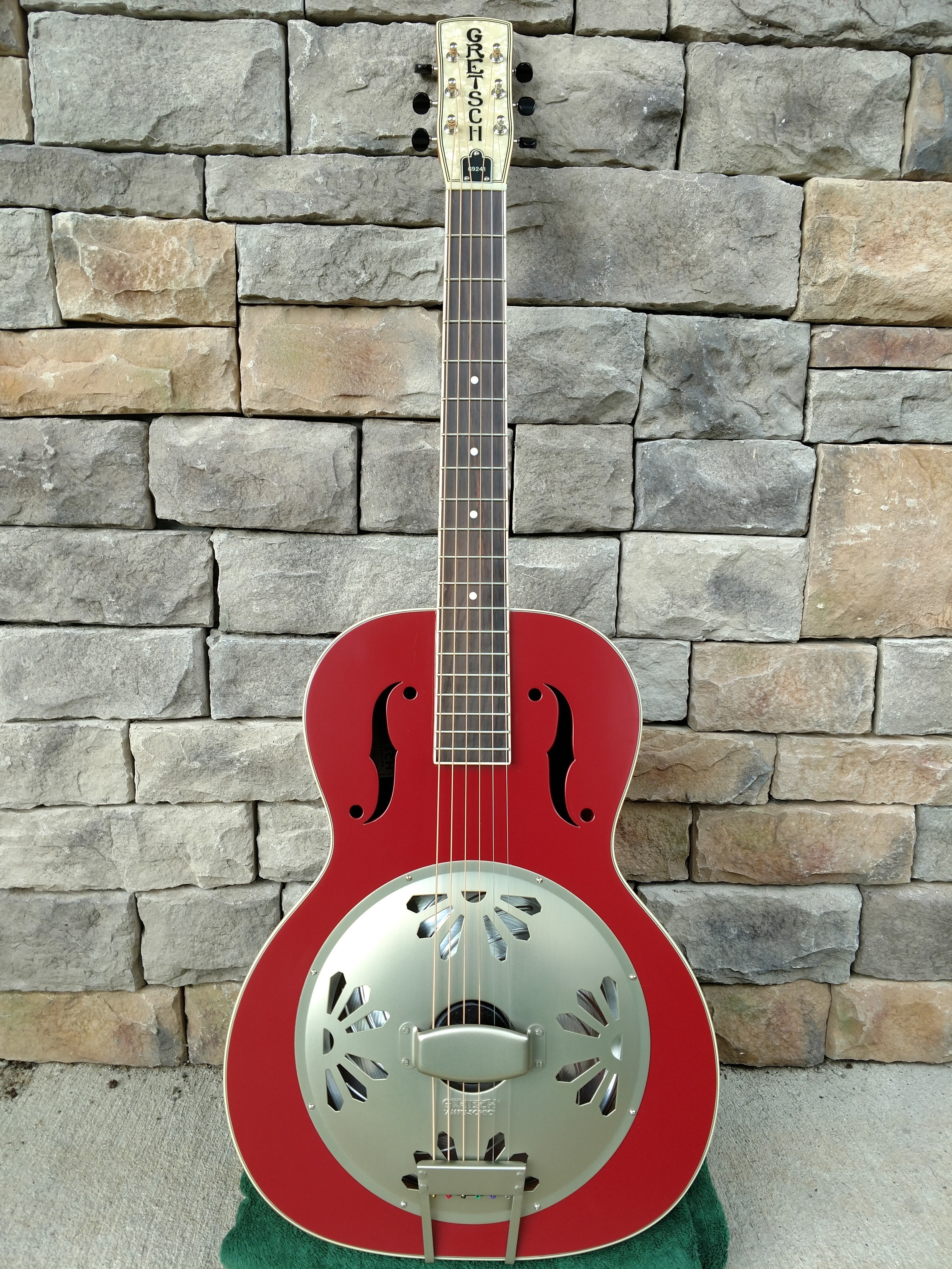