Peavey. What's your perception of them?

I take to every gig a 32-year-old 140W Peavey solid state Citation amp head as a spare (guitar version, not the bass amp). Now and then I use it for a set to make sure it's working OK. It always is -- and it's built like a tank. Only thing I don’t like is the six-pin DIN arrangement for the footswitch, which went missing years ago.

You should be able to find the DIN plug. Getting a schematic for the footswitch might be the hard part. Somewhere there has to be a pile of missing footswitches, along with a bunch of mismatched socks.

My foot switch on the Artist just finally died. Can't get a replacement from Peavey. It selects channel A or B or combines them. Yes it has the funky DIN pin. Hoping it possibly can be repaired when I finally get around to taking the amp to my tech for service.

I've owned Peavey gear over the years. My opinion is while nothing has ever totally blown my mind most all of their stuff sounds pretty good, is well built, and just plain WORKS. Dependability always comes to mind with Peavey, though I've not played any of their most recent overseas offerings.

Slim: Those three-button Peavey DIN footswitches which switch or blend channels as well work the reverb are as rare as hen's teeth over here. I know there are modern equivalents available in the US, but by the time they get over here they cost more than I paid for the amp -- and it is only the spare amp after all. I suppose I should just get an amp tech to rewire the socket to take just a simple channel switching footswitch -- the onboard amp reverb isn't really up to much anyway.

I had a hybrid with the solid state preamp. The Automix feature was necessary--- the clean wasn't bad, but the distortion by itself was horrid. Mixed was a decent compromise.
You should be able to bodge one fairly easily. Mine had four switches---channel, automix, phase, and reverb

Dead Roman said:
Peavey did undercover boss and actually talked employees who were leaving into staying... And then layed them off a year later when they shipped their jobs over seas.

Yup, I had a few Classic amps, No new ones ever. bad move on a bad comapny.

Does this mean nobody lost their job when Fender did that??

I had two Peavey Heritages and one missing pedal. I was able to buy another pedal that was wired differently, and I found out you can move some little plastic pins around, I think at the plug end.

If you know the wiring, you can follow the pins around with a continuity tester.

DrumBob said:
It's disappointing to learn they've farmed out production overseas. I had a Classic 30 that I bought from a minister who used for his Sunday services. It was pretty faceless and bland as I recall. I sold it within a few months to some guy in the Ukraine, and had a ***** of time shipping it.

I've owned an 8-channel Peavey powered PA head/mixer that has had its share of use with no breakdowns, since around 1995 or so. I keep it as a spare at this point in case it is ever needed, but it weighs a ton. I took it in once to have a tech check it out, and all he did was take a look, test this and that and vacuum it out. He said it was built like a tank.
Click to expand...

.
I had a classic 30 that was a lovely amp.
Nothing bland about it at all.

wabash slim said:
You should be able to find the DIN plug. Getting a schematic for the footswitch might be the hard part. Somewhere there has to be a pile of missing footswitches, along with a bunch of mismatched socks.
Click to expand...

larryb said:
I find these USA Peaveys very interesting. Not on top of priorities, but interesting non the less:

Cool! I think they look pretty neat! They would be really cool with some Filters and a Bigsby!

larryb said:
Cool! I think they look pretty neat! They would be really cool with some Filters and a Bigsby!
Click to expand...

To be honest, don't touch it. What that guitar does is great. Filters will kill it. The way the electronics are wired make it truly unique.

Im diggin my new Axcelerator Axe. Really nice Super Strat. The Floyd is on of the best I've played
E

super old thread but I just had to comment. I love peavey! I just recently bought a Korean made hollow electromatic (Cadillac green) with filter’trons. Plugging into my silver stripe peavey bandit transtube is just magical! What a wonderful tone!
Rob

Welcome @Electrorob . The Peavey Stereo Chorus 212 is among my favorite

rockinforJesus said:
So I went in to my local guitar store (Drome Sound if you must know) and was looking around, and what did my eyes stumble upon, but a brand new tweed Peavey Classic Series Amp. First thing I noticed was the removable power chord just like the one your PC uses. I thought to myself, "Now way, they aren't making these in China now, too". Much to my amazement, it said Made in China. Grrr, I couldn't believe it.

Anyways, as the title says, what do you think of Peavey now, before, whenever?
I have used their stuff for years, and really appreciated the fact that their stuff was made in the good ole' USA, they had an actual person answer the phone when you called them rather than some idiotic endless circle of choices by # every other business out there now has, and seemed like the best bang for the buck. Currently I have a tweed Delta Blues 115 from the late 90's that I use regularly. For the most part, it is a great amp. Had to do a couple of mods (Tube grill guard and spring mounted tube holder), and I still like it. Maybe its name isn't F*nder or V#x, but unlike both of them, it's an American made amp.

I love Peavey amps, guitars and basses. At least their '80s through 2000s made in the USA models. I don't have any experience with their newer, since mid 2010s Asian made amps, but haven't really heard anything bad about them either.

All the Peavey amps and guitars and basses I've owned or played over the last 35 years mostly USA made have been built sturdy and sound good. The amps have really nice pristine clean sounds. Distortion sounds vary in quality from model to model.

Perhaps someone with experience using their more recent Asian made amps can comment on those. 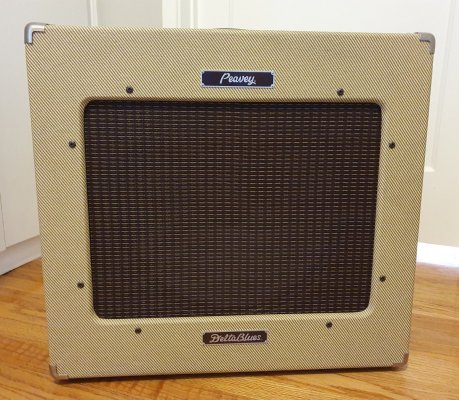 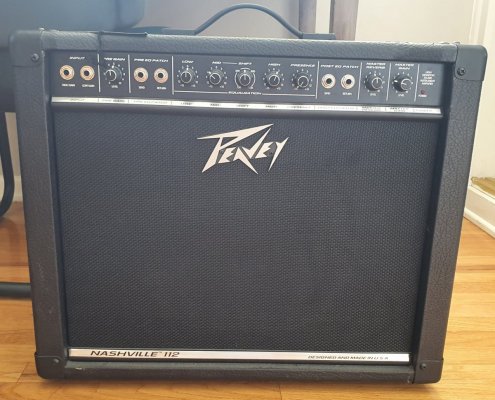 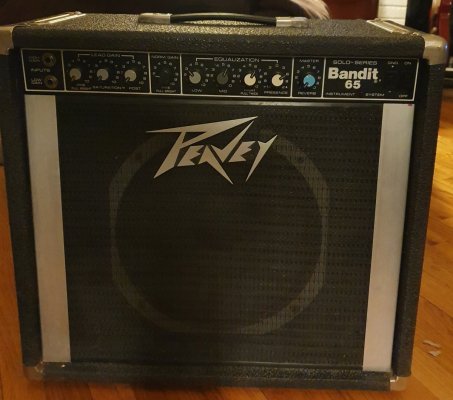 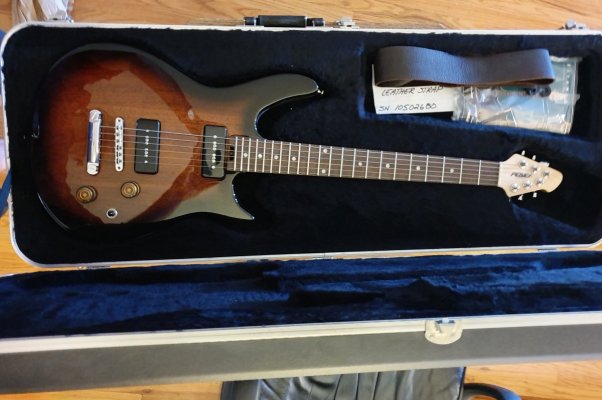 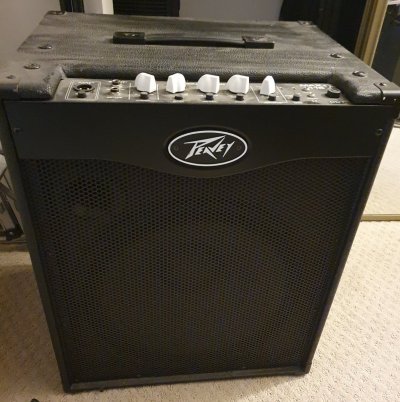 My first amp was a Peavey Backstage Plus I received in 1983, that got me through high school, college and a number of years after... made in the USA......but I hated it for most of that time....never thought it sounded very good.....but that thing took a lot of punishment.....and works exactly the same today as it did back then (yes...I still have it, though it's mostly retired)...I've even found some settings that don't sound too bad...but swore I'd never own another Peavey

I purchased a Carvin 16W head and cab several years ago (because back in the 80s, I used to wait anxiously by the mail box for every new Carvin catalog, and drool over all the guitars and amps)....it was ok....the tone never wowed me....and just out of warranty it died....and no one in my area will even look at it...so much for "Carvin Quality" (could have just been bad luck on my part)

Fastforward a bit....and I wanted another amp....and against my better judgement, went with a no-longer-made-in-USA classic 20 mini-head........and I love it....as far as tone, it's everything I wanted the Carvin to be, that it never was....and now a few years down the road, it's still working just fine....

As far as HOW they do business.....well....that's a whole different story....and I won't get into it here....but, as far as the product....I'd always at least be willing to give them a shot.