At the very least partly inspired by the "no more tubes" thread on here, and partly because I was leaning that way anyway, I've been looking for an HH amp. Then, like the proverbial London bus, three came along at once: 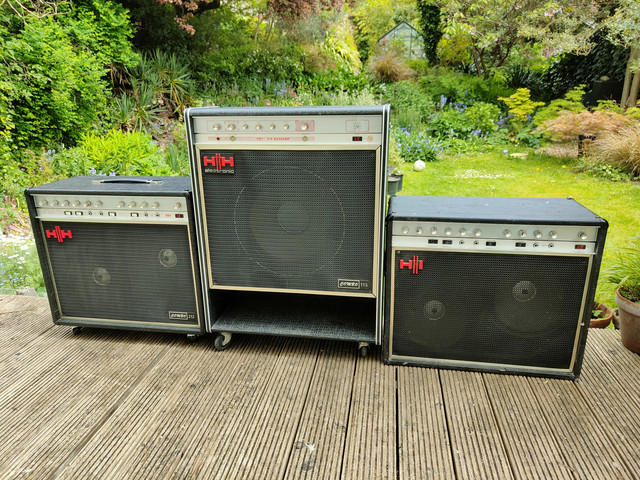 I guess that our US friends might not be too familiar with the brand. Essentially, they were the first solid state amps in the UK to incorporate some degree of quality in their build. Born in '69, before them all solid state amps were toys for babies. 100 very very loud Watts of brutal clean noise, plus some clipping diodes so that you could switch on a bit of grit. They don't sound exactly like a valve amp, but that doesn't mean they don't sound amazing. They definitely have their own thing going on, and it's righteous.

I shall now bore you with a list of the second-tier British rock royalty who chunked HH back in the day:

Pretty much anyone who played a gig in a pub or college in the seventies, really. They can't all be wrong.

And best of all, the front panels glow green like your dad's old hifi.... 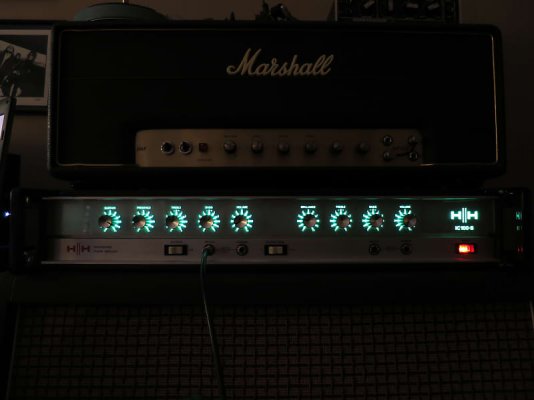 Congrats, I used to have a HH Powerbaby ministack with tilt back legs. I remember it was Mosfet based and had a parametric mid section. I knew nothing back then, but it sounded great to my ears. No green lights though.

When I read EVH and Steve Lukather used HH power amps for their wet/drywet rigs it made my day haha.

Hangin' around here every day gives me the chance to see the coolest stuff. Thanks for posting this!

Congrats on the find . Enjoy

My uncle had the bass combo and i'm sure he had the HH PA head too.

H|H stuff is aces. Jason Pierce of Spirtualized/Spacemen 3 is also a longtime user (of the brand, though also of other substances, no doubt).

Also Dr. Feelgood absolutely rips. If anyone has a chance to see Julian Temple's documentary on them, Oil City Confidential, I highly encourage you to do so. Wilco Johnson is a hugely underrated and yet highly influential guitar player.
Last edited: May 2, 2022

Very cool - my ears are bleeding just from looking at all that cone area. The glowing hi-fi green is way cool too.

Excellent, thanks for this.
Tragic memories of selling a 60's vox ac30 for peanuts to buy an HH in 1979.

Wowza. I had an H and H head in 77. It was my first amp. I have no idea what happened to it in the end but it sounded great to me. I must have traded it for something, a Peavey i think.
Anyhow, nice haul Mark

I learn something every day. There were a lot of British amps that we never got over here in the colonies. WEM, Sound City, and Selmer as well as HH. The green glow makes it!

I've been looking for one for ages here in Italy, as I'm a massive Buzzcocks/Dr.Feelgood fan.... it happened I scored one in Tuscany for cheap but it was so beat up that I had to pass. I don't even know if I know someone able to put his hands on these babies.
UK is the place to be... envious! Great score mate.

They look loud.
I'm equally as impressed y your back yard!

twangmanster said:
They look loud.
I'm equally as impressed y your back yard!
Click to expand...

Thanks! The ever-fragrant Mrs Markeebee takes all the credit for the garden. I'll be in the shed, just tinkering.

Never heard of HH. But here in the US, Kustom was a big brand when SS amps started to become the thing to have. This was mine, K200-B head with spring reverb, 2x15 cab with JBL D-130F speakers, and aluminum cones. I think it was technically a bass amp but I bought it with my Les Paul and it sounded good to my ears back then. I only sold it a couple of years ago. 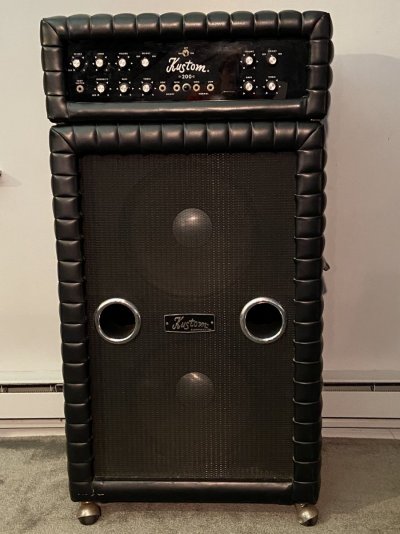 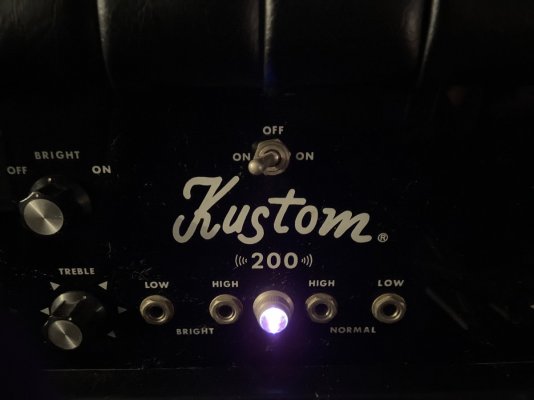 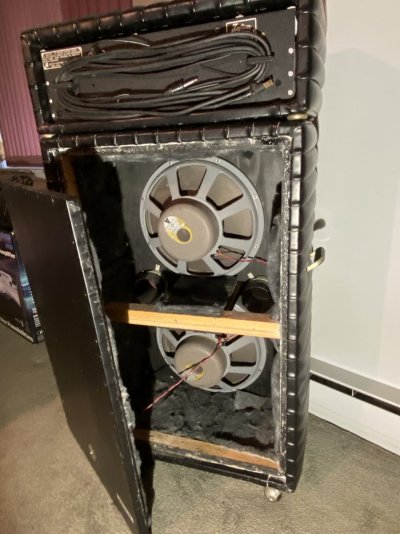 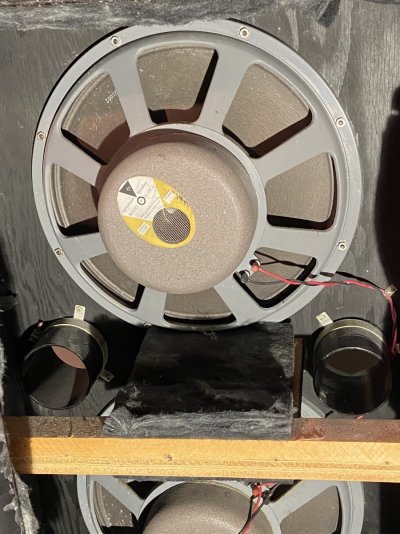 Congrats on you finding three HH amps. Enjoy them.

Ktone said:
Never heard of HH. But here in the US, Kustom was a big brand when SS amps started to become the thing to have. This was mine, K200-B head with spring reverb, 2x15 cab with JBL D-130F speakers, and aluminum cones. I think it was technically a bass amp but I bought it with my Les Paul and it sounded good to my ears back then. I only sold it a couple of years ago.

Not a bass amp. You'll never find trem and reverb on a bass amp. You could use it for bass (tho JBL D-140s would be preferred). It'd be a great amp for keyboards.
You must log in or register to reply here.
Share:
Reddit Pinterest Tumblr WhatsApp Email Share Link