Anyone know what this White Falcon model is? (see pics below)
Last edited: Jan 4, 2017
G

Pictures would help, especially of the label inside, but most of what you've described does peg it as a 1990's Falcon reissue.

As for "what it's worth"... oh boy, that's a landmine. In the last year or two, the price of a new Falcon has shot up significantly. As a result, there are hundreds of used Gretsch sellers basing their asking price on those new prices. Furthermore there are Japanese eBay listings with ridiculously high prices.

If it's the same guitar as Daddy Dog posted its made in Japan.
G 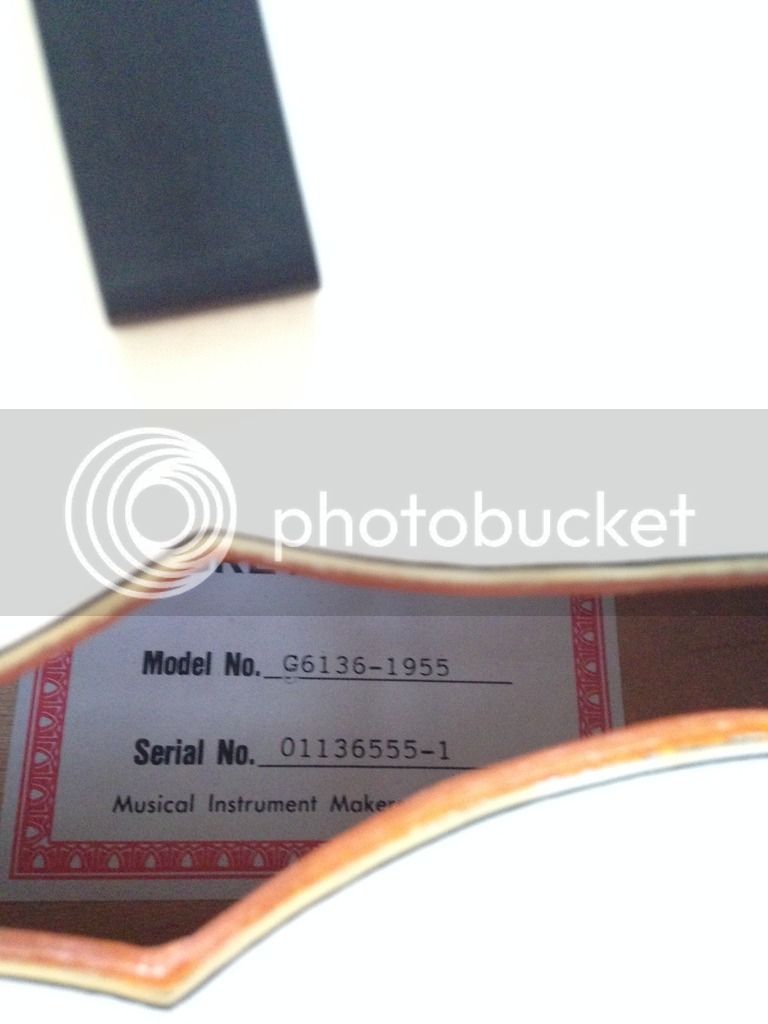 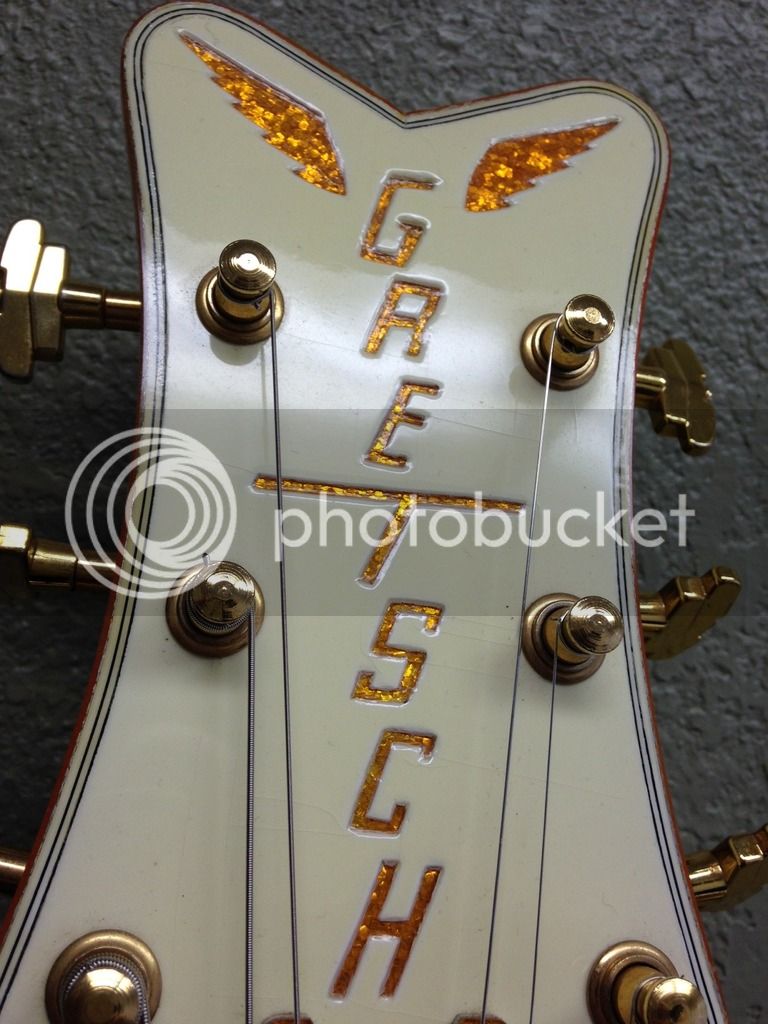 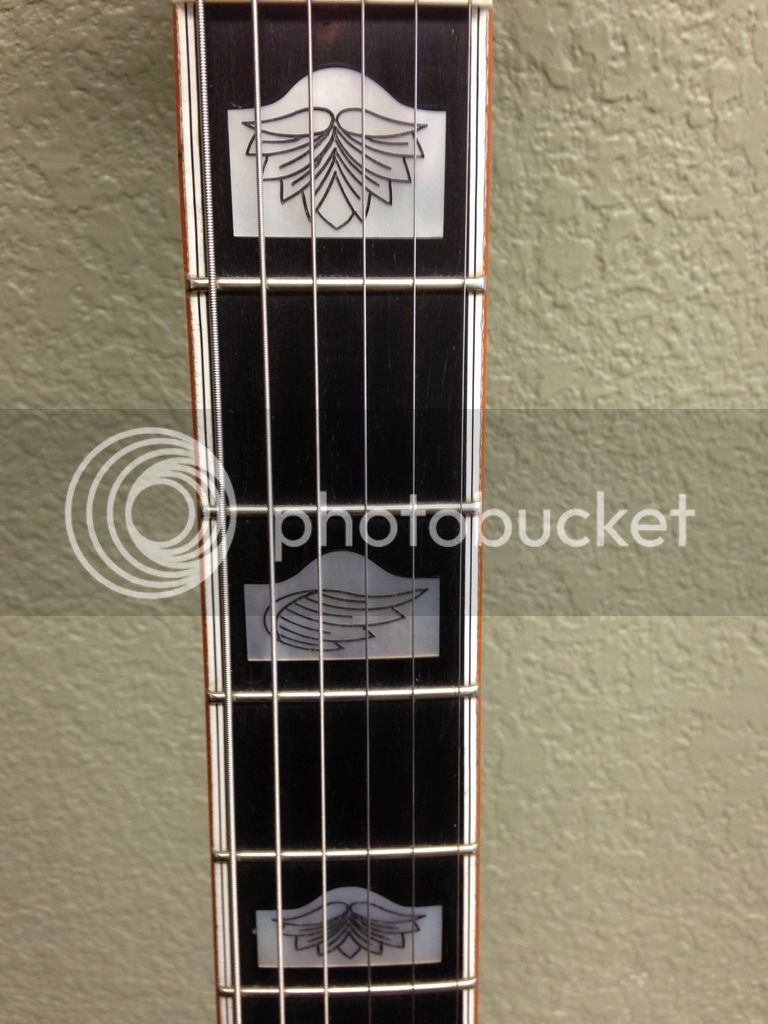 You see alot of them...and many call em Vintage Select....

Thanks! The ones that come up from a Google search show a many either Vintage Select, or Golden Era, but I think they are a different bird (literally!). Those all seem to have serial number designations on the back of their headstocks.
The one I'm looking at does not... only the inside designation.
Mine also has the "carved out to reveal Gretsch and wings" look on the headstock (see pic). The Google search ones have the logo and wings overlaid.
Different bird... just don't know which one!
Last edited: Jan 4, 2017

Ive seen em Japanese Gretshes with only the paper label model and serial...rare.

Welcome to the forum, Goldtrek! That sure is an interesting bird, never seen the Gretsch winged logo engraved into the headstock before.

Unfortunately I just found out my car is needing major repairs... so no Falcon for me

All the Gretsch's with Gold on them are 24K and they look great but you have to look after them by wiping them down to remove your finger prints every time you touch the Gold hardware,

audept said:
never seen the Gretsch winged logo engraved into the headstock before
Click to expand...

All Japanese Gretschs were like that until Fender. This is simply a 2001 pre FMIC.