Jeff Beck played this track on Ozzy’s latest album. The recordings are so overly produced nowadays it’s hard for me to listen to but I thought the pairing came off surprisingly good.

While a good portion of Jeff Beck’s catalogue leaves me lukewarm I have a huge degree of respect and admiration for his skill on the instrument.

I did see him once and I enjoyed most of it but left part way through his set. KebMo and Santana opened for him that night which I think says a lot on its own.

I have some background story to that: Antonioni wanted The Who for that scene in Blow Up but he couldn't get them for contractural reasons. At that time my older brother's band played support to The Who so their manager, who was well connected, persuaded Antonioni to audition them for the part. The audition took place in a room above a large pub on Brixton Hill, South London near the prison. Antonioni turned up with a small entourage looking very much like mafiosa. The band performed a couple of songs which were not what he wanted. He thought they would perform just like the who including instrument smashing, which of course they didn't want to do.

Antonioni may have auditioned other bands but settled on the Yardbirds who got the part in the film, which amounted to little more than background music in a club scene. Jeff Beck was obviously talked into smashing a guitar but unlike Pete Townshend who smashed at least one decent quality electric guitar at each performance (including trying to smash my brother's Gibson 335) Jeff was given a cheap archtop guitar to smash which was just a wee bit embarrassing. I wonder how he felt about that.

I agree with everything Rick said. Jeff is incredible. Inspiring just to watch him even if im
Not learning what he’s playing, just watching makes me want to play better and be more “out there” with my playing

Great story @Lucky Jim
BTW, is your pseudo related to the Gun Club's song or album?

I don’t have better pictures from any of his shows I saw. Probably because I was so mesmerized by his playing 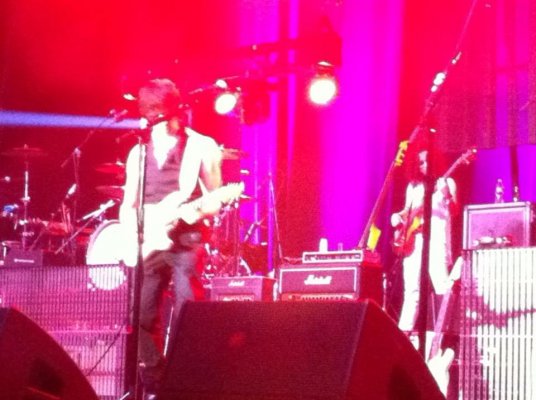 I've been asked that a few times and it would be cool to say yes but the truth is that Lucky Jim was the title of an old British black and white film and my schoolmates just started calling me that. I guess I have been fairly lucky in life.
You must log in or register to reply here.
Share:
Reddit Pinterest Tumblr WhatsApp Email Share Link