Gibson SG, but which one?

TSims1 said:
Gibson SG Standard ‘61. That’s the one you want. It’s worth the coupla extra. And the small guard just looks cooler. I LOVE SG’s, for the record(pretty much the Gibson Telecaster).
And, I agree with @Emergence - buy used and save some $.
Click to expand...

Agree about the Tele comparison. The 490R&T pickups in my Standard are plenty bright and have good clarity. Theres plenty of humbucker power on tap without getting muddy and yet they are low enough output that they remain very responsive to the vol control, so they clean up very nicely when you roll the vol back. I quite like them even though they dont seem to get a lot of love on the internet for some reason. You can get a real close aprox of a clean snappy Tele bridge sound out of it and a nice warm neck tone with plenty of clarity and string definition. On top of that they are very responsive to the tone controls, so if you roll up the tone about halfway on the neck you can get a very acceptable jazz tone out of it as well, with lots of tonal variation in between. Its a very versatile guitar that can handle pretty much any style of music. Its way more than just a rock guitar.
Last edited: Nov 27, 2022

LesB3 said:
SG's are dirt cheap used, you can probably pick up a standard for the price of a tribute (though like everything else, they have started to go up in price).

Snagged one cheap during the 'demic... Loved that it wasn't red / black / white...

Having come from larger guitars, I still can't seem to play one seated (too thin), but snagged one anyway for when I want to channel my inner Angus (or Ruyter

GVDobler said:
I want a Gibson SG in cherry....
...the snark of the younsters on Gibson forums can be useless info.
...Any input is welcome.
Click to expand...

Not a youngster ... I have both Gibson and Epiphone SGs and the Epiphone gets all the play time; it's fun and has great tone. I've bought SGs for friends and bought and flipped many of them. Just get an Epiphone.

Gibson headstocks have higher angle than Epiphone and can experience more tuning instabilities.
I'm sure you have already crossed the bridge of general SG ergonomics for 'neck dive' and 'frets are two frets further to the left' of other guitars due to strap pin and thigh cut placements relative to the bridge and nut.

If you fear certain pickups, just remember that many players swap pickups all the time (but don't ignore measuring and swapping the pots and caps as they push the tone around a lot too). If you get an Epiphone and you fear the stock pickups, you can easily buy and install a set of Gibson pickups an owner pulled; because they bought the Gibson 'for the toanzes' and then swapped pickups since they secretly just desired the logo validation.

Lately I rotate the bridge humbucker 180deg to put the screw poles on the neck-side bobbin and raise the screw poles 1/8th+ inch -- yielding all the great tone of P90 bridge pickups (that I love) but keeping the hum reduction. A P90 pickup centerline runs very close to the neck side bobbin of a typical humbucker. You can also buy humbucker sized P90 pickups to install.

Neck size will be something to watch for. Early 60s guitars and reproductions often got the 'skinny neck' treatment (Baby Boomers were teens with small hands they were trying to market to at both Gibson and Fender apparently). So if you like chunky necks you'll have to avoid those.

Biggest issue you need to determine your comfort level: Gibson's fragile headstock. Most breakage events happen during shipping when buying and selling the guitars, even in cases. More of those snarky youngsters will break the guitars while playing them (easier for youngsters to afford SG than LP). Then as a used buyer you need to be wary of someone selling an undisclosed repair -- they may not even know the guitar was repaired by the previous owner (or they do and fake it). A repaired headstock guitar is worth half what a used unbroken guitar will sell for. I almost got stuck with such a guitar one time if I did not know the tell-tale signs. And then there are the outright Gibson fake guitars floating around out there. .. all of which makes for a snarky old guy to suggest getting an Epiphone.

Secret tip for great SG tone: swap the 0.047uF tone caps for 0.033uF and you'll let more sparkle and 'presence' through, even when the knobs are dimed.

On constant researching about SGs, 2 that I have read that have bigger neck profiles are the 2002 to 2006 faded crescent moons necks(no binding) and the SG classic. My future plan (eventually) is to get a 2015 100 year model, rip out the wonky brass nut thing and robo tuners and cut a proper nut for it. This gives me the really wide nut width that I prefer.I have a love hate relationship with SGs. I had (2) 1965 specials. Flipped them for $200 each. Time's have changed.sellers remorse alert.

Where else but Gretsch-Talk would you get such great advice with such diversity of informed opinion on an SG!

If I had to buy a Gibson SG, I would buy a Gretsch Corvette...

I'd love a 64 Murphy Lab but can't afford Custom shop prices, so i'd go for a 61 with or without maestro trem,but never the sideways trem.

JC higgy said:
I'd love a 64 Murphy Lab but can't afford Custom shop prices, so i'd go for a 61 with or without maestro trem,but never the sideways trem.
Click to expand...

I will be picking up a brand new SG tribute in a few weeks and am looking forward to it.

Went to GC today to try a couple. They only had the Tony Iommi and Standard 61 Sideways Vibrola $2,399 each. Both had Slim Taper neck which I don't think I like, and they did not have a rounded neck model in stock. The sales guy told me that only some of the the custom shop models have the rounded neck. I had Gibson's website open on my phone but he stuck to his story that non-custom shop models all have the slim tapered neck and I couln't see the point of arguing about which ones do and which ones don't. So I think I'm between the Standard for $1,799 and the Tribute for $1,299. Both of which are listd as having the rounded neck. -- Cheers
Last edited: Dec 2, 2022

Do you like early Carlos Santana and/or Robbie Krieger tones? They have used SG Specials. 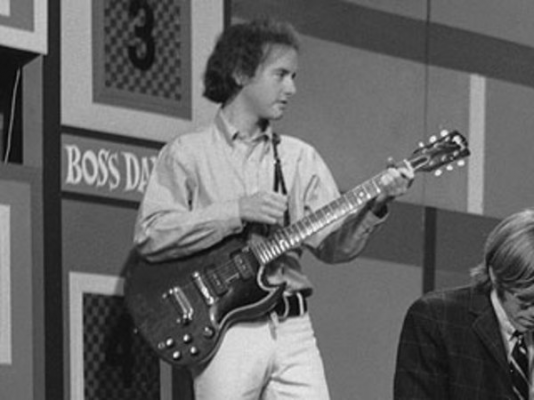 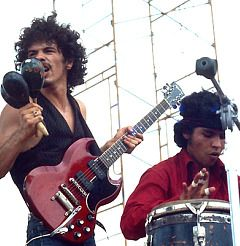 It was listed right at a grand at the time. Got it at Sam Ash. I traded in my 2005 SG Special Faded (w/ cash) on it, but probably should have kept both. 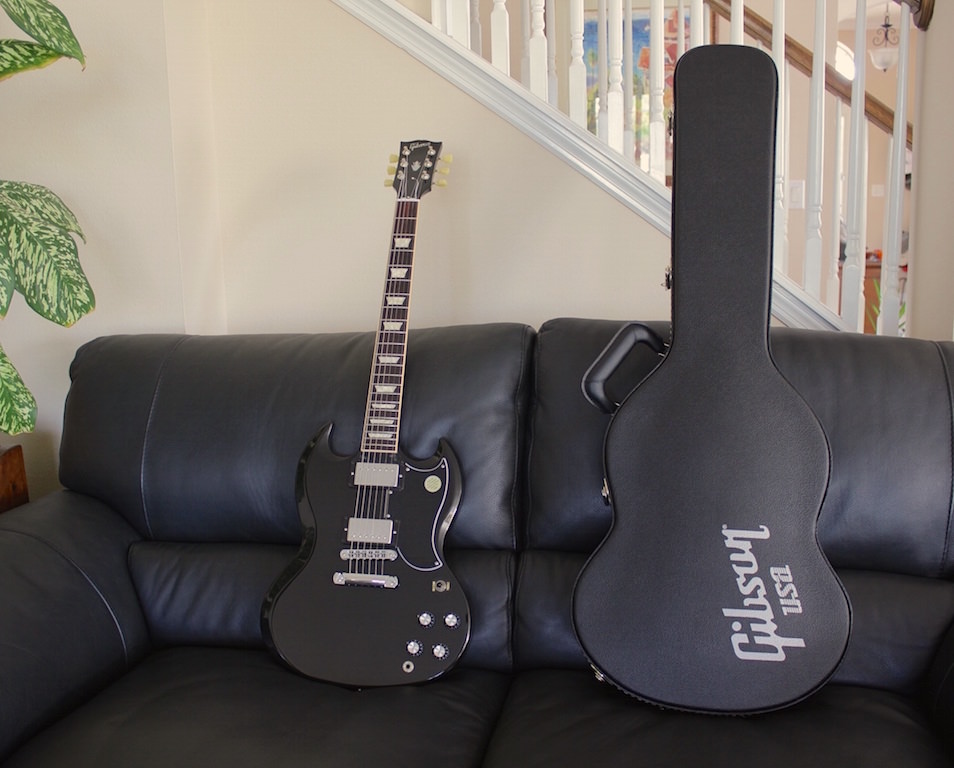 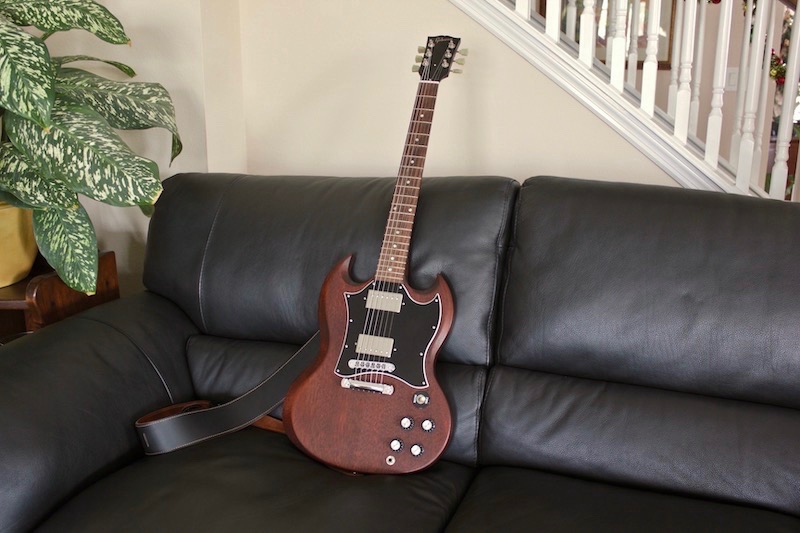 There’s always something magical in a Black SG. 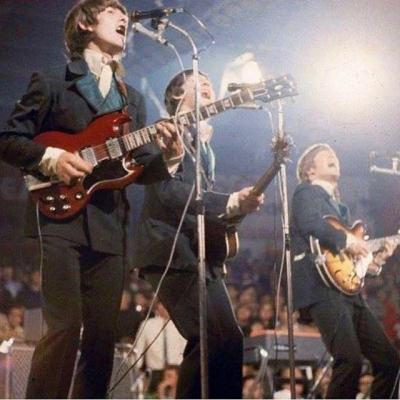 Home use only
Any input is welcome...Thanks
Click to expand...

I got a new Gibson SG Standard '61 in 2020 when they were a bit cheaper and I love it. The pickups, the light weight, the versatiltiy in sounds, smooth fast neck, great upper fret access. You could probly get a new one for 85% of list price if you asked at the right place, or maybe a nice barely used one.

On loan to my friend. When I found out that someone stole his Strat, I left this with him. Clearly, he's lovin' it. 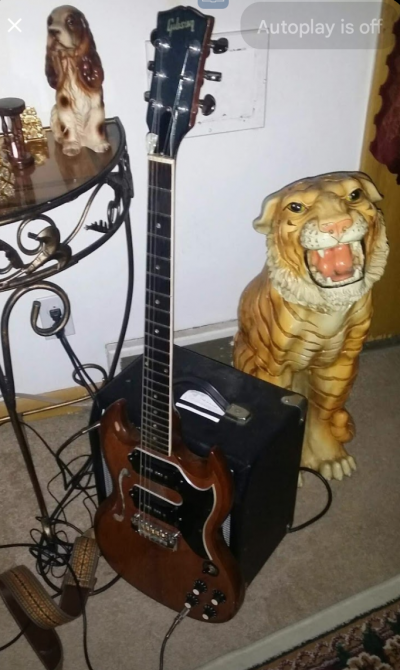 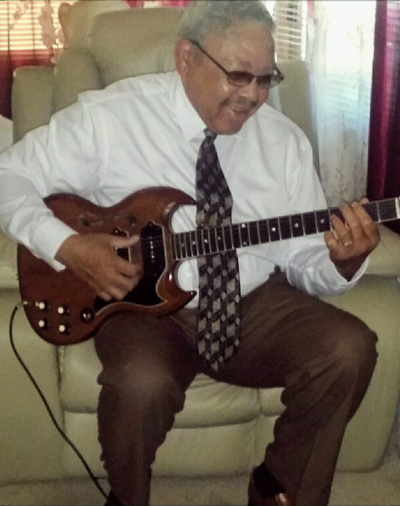 fingerpickingood said:
On loan to my friend. When I found out that someone stole his Strat, I left this with him. Clearly, he's lovin' it.
Click to expand...

You gotta love a guy that wears dress pants and a tie to jam. Hope he recovers his Strat.

If I may interject, this is my preference for getting Santana/Krieger tones. 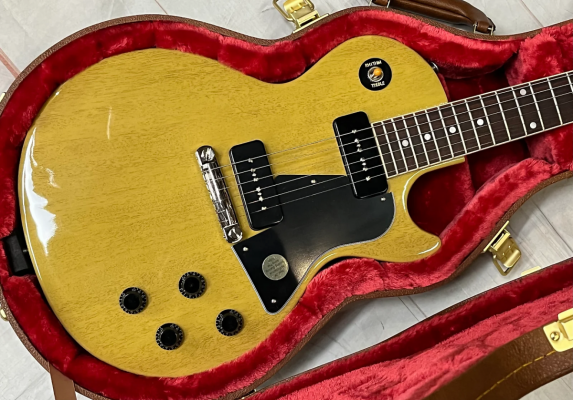