TallTxn said:
Well, I can relate to you there - especially not being a bass player either.

I had the [mis]fortune of hearing someone play the 'big brother' to my first bass. He was getting great tones out of that thing and the bassist raved about what a good value it was.

So, I had to look online and I saw this one on e[vil] bay looking sad with one of the tuning machine heads broken. I placed some low bid or offer on it torn between hoping it wouldn't be accepted and hoping it would...

I’ve got a Talman tmb30 too - it’s great! Flats, mute, covers and an Ampeg and it does great thumpy Motowny stuff 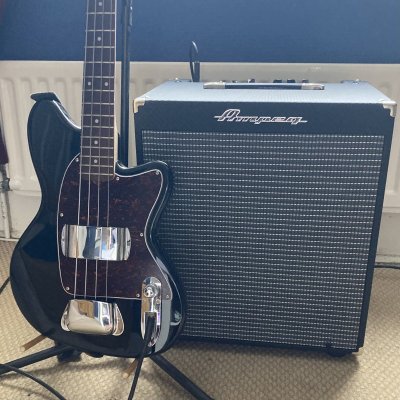 JackNangle said:
I’ve got a Talman tmb30 too - it’s great! Flats, mute, covers and an Ampeg and it does great thumpy Motowny stuff
Click to expand...

...and I will have to credit that bass with leading me into learning alot more about Motown as well as Stax/Muscle Shoals recording artists like James Jamerson and David Hood. I can play that kind of stuff for hours....just ask my family

On the subject of GAS for a short scale bass, everybody should try out a fully hollow German Hofner bass at least once in their lives. They're so much fun to play.

afire said:
On the subject of GAS for a short scale bass, everybody should try out a fully hollow German Hofner bass at least once in their lives. They're so much fun to play.
Click to expand...

On another note...any news on your CS order GAS?

Synchro said:
Going Surf, are we?
Click to expand...

Not really. I just think everybody needs some reverb I have it only on my ac30... A pedal would be nice!

As for the jazmaster, I knew nothing about that guitar (I thought it had P90s, that level of nothing). Then I saw it in a live video and the rest is history. Well, almost, I still don't own one

I’m having the opposite problem…can’t tell you how many guitars and amps I’ve had to talk myself out of lately. Last night I had the Vox AC15 in the cart and stalled right at checkout…$200 off is a great deal. I still may have to do it. 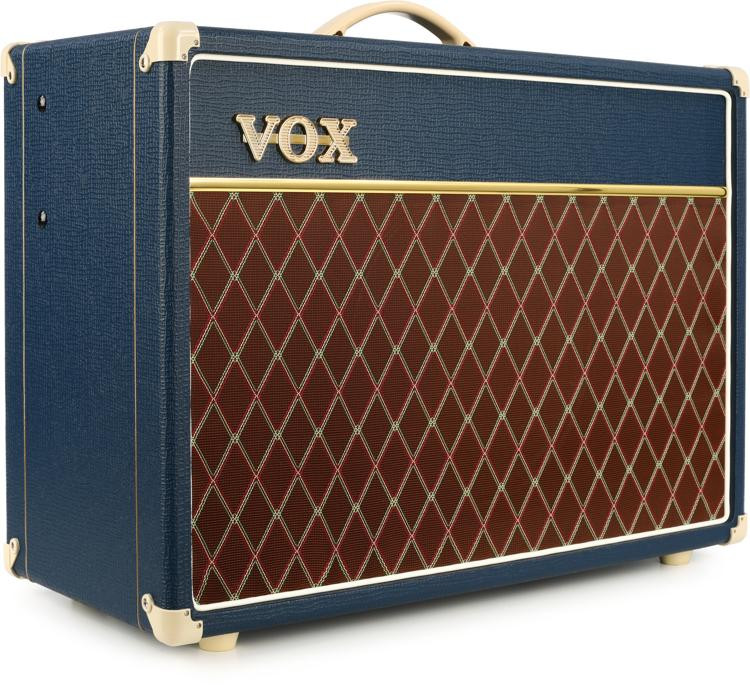 You'll be happy with it. There's a kind of magic when you play a Gretsch thru a Vox.

Mr Swisher said:
On another note...any news on your CS order GAS?
Click to expand...

Well, the news is that I'll be waiting probably a couple of years until they reach out to nail down the exact specs and get to making sawdust. And I'm not counting that as GAS. I sold my '59 Gent in December of 2020 to fund a CS build and it took me a year and a half of hemming and hawing over exactly what I wanted before finally placing my order. Does that sound like a man with GAS to you?

That said, my proud proclamations of GASlessness on this thread jinxed me, and jinxed me hard. I'd kind of forgotten how it works with me. It starts with just vaguely wanting something. And that wanting can lurk in the background for years. Then I decide to pull the trigger. If I can just order whatever it is, then that's still not GAS to me. But, if I can't immediately get the thing, then that simmering interest explodes into frantic all-encompassing GAS of the highest magnitude. And that just happened to me this morning. I've been intrigued by the Standel 25L15 for years. Shifting gear interests and a hole in my pocket finally got me to the point that I decided I was going to take the plunge. I sent an email to Standel yesterday to inquire about initiating an order. Then this morning I was looking at the website and realized that it looks like it's been a long time since it's been updated, so I called the number. Danny McKinney (owner and builder) picked up the phone. It turns out that his other endeavor, Requisite Audio, has completely overtaken his Standel work and he quit making those amps several years ago. Oh no. God no. Now I absolutely need one this minute. He was super nice and took a lot of time to chat with me. He says people are still interested, and if gets enough inquiries to build a final run of maybe 50 units, he would do it.

So, I'm going to need about 50 of you to also try to place an order for a 25L15 ASAP. Or find a used one immediately and point it out to me. Alright, let's get going. We're a community, so let's make this happen for me right now.
You must log in or register to reply here.
Share:
Reddit Pinterest Tumblr WhatsApp Email Share Link