I'm not sure if Randy used that guitar on the studio recording, but it may have been the same guitar that was stolen and recovered.

That's a great vid , thanks
R

ZackyDog said:
I'm not sure if Randy used that guitar on the studio recording, but it may have been the same guitar that was stolen and recovered.

Every time you play your Gretsch guitar, you can thank Randy Bachmann, George Harrison and Tom Petty.

They are responsible for bringing Gretsch back from the dead in the early 1980's.

Startup capital came from the sale of the little Travelling Wilbury's guitar, which was sold for three years before sufficient capital was attained. The design of the TW came from an old Dano that was in the possession of Tom Petty. The guitars were manufactured in Korea.

A pristine 64/65 Tennessean was floated here on GT several days ago. Musicgoround in Duluth has the guitar, I made an inquiry, $2500. including shipping to Ottawa.

Taking the current average price of all quality vintage guitars from 64/65, this wonderfully preserved Tennessean should be worth far more than $2200./$2300. but unfortunately, because it's a Gretsch, it is not!

If anyone wants to invest in a collection of Gretsch guitars,, it better be because you love them, not because you're waiting for that big pay cheque!

And...loving Gretsch is why we're here! 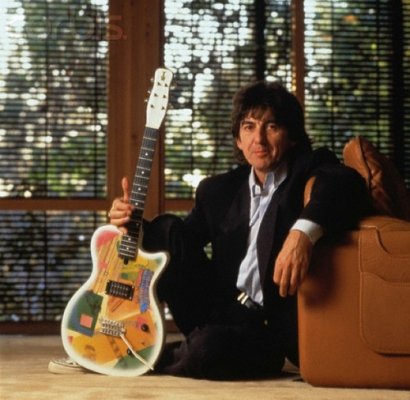