$125 plus shipping. Will ship internationally. PayPal or Venmo only. PM me if interested. 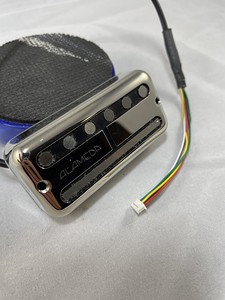 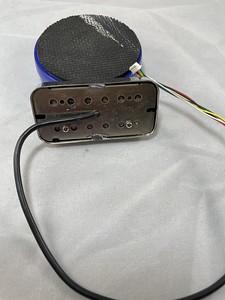 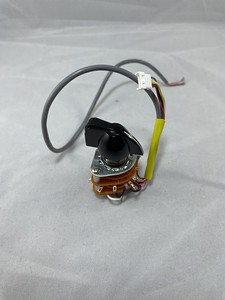 This reminds me of B.B. King's Lucille with the Varitone knob. If I remember the article correctly, it used different diodes to change the tone of the guitar, in addition to the usual volume and tone knobs.

Virginia, the state, not the woman

This seems to be a great concept. I never heard of these before.

LivingMyDream said:
This reminds me of B.B. King's Lucille with the Varitone knob. If I remember the article correctly, it used different diodes to change the tone of the guitar, in addition to the usual volume and tone knobs.

Mel's pickups are based upon a much more sophisticated engineering concept than the Varitone, which is simply an inexpensive capacitor/resistor network that scoops set spreads of midrange from a guitar's output signal depending which position of the rotary switch is selected (one of which is a "true bypass"); big volume drops from position to position, and a range of sounds that have been described as ranging from "choked" to "muffled" to "cocked wah" to "AM radio" -- it has its uses, but not many fans.

The handmade Off Kiltertron you see above is an asymmetrical, dual bobbin, multi-coil pickup (designed and built by @MelWaldorf) that offer three single coil and three humbucking settings -- via various combinations of the pickup's blade and slug polepieces (and also tapping the coil windings at various points, IIRC), depending which position of the rotary switch is selected -- which produce a very wide range of tonal character ranging from Gretsch to Guild to Gibson to Fender to (even) Rickenbacker. I have a set in a Gretsch of mine, and they deliver.

Somebody oughta buy this!

Yes, that Mel. He's a man of many talents.

Wishing I had a guitar to drop that Off-Kilter'tron into, or I'd be all over it.

I have a guitar with these in them. They’re awesome. Highly recommended

Meshugga Mel It was an honor to meet him a Northern Cal Roundup. Super talent great entertainer. I think they won a Gong Show Episode.