A few years back, I posted a shot of myself holding a Chet Atkins 6121 and said "this is my dream guitar".
Christmas came and this was under the tree for me! (She's as much a Gretsch lover as I). They don't pop-up for sale often, and Dawn checked Reverb / EBay every day. Her "when you see it, buy it!" way of thinking worked. After getting it, I searched YouTube for vids and found a guy playing my guitar 10 years ago in a shop!!


I have read that 75 6130KPWs were built. (Knotty Pine Western). I cannot tell you how much this guitar means to me and how it truly changed my playing. I added the Bigsby as it's a major part of my brain. It took 59 years of my life to have a Gretsch...59 WASTED years.
To make it look even more like it fell out of 1956, I put on a Mono-Plak TRC.

Does anyone here have one?? 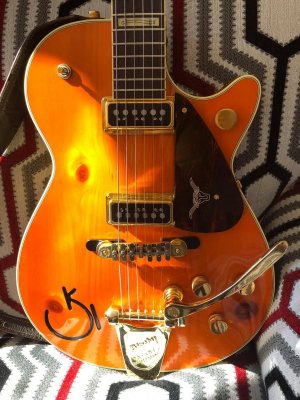 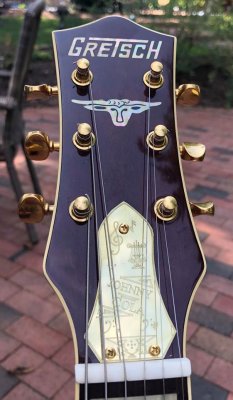 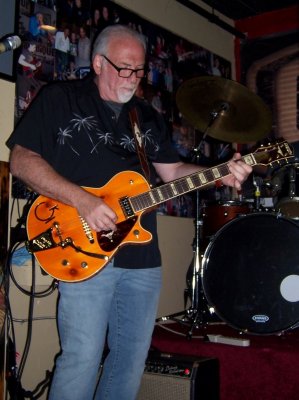 I had one but I sold it to another forum member. 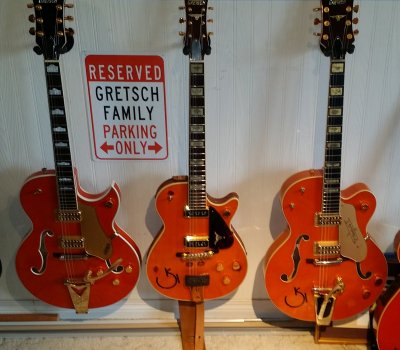 And it looks great with the Bigsby

IPLAYLOUD said:
Does anyone here have one??
Click to expand...

There are technically more than 75 made... 75 production models, plus roughly 7-10 factory prototypes.

I own prototype #7-- given to me by Joe Carducci and Gretsch back in 2008.
It has seen steady gig time since then... including this past Friday for a Halloween gig. The only modification I've made is to replace the OEM pickguard with a more historically accurate custom pickguard made by fellow forum member Paul Setzer (can only be seen in the last photo-- all other pics were taken well before I had the replica guard made),

I've only seen one other prototype, but according to Joe Carducci (former FMIC/Gretsch brand manager and all-around great guy) there were several built before official production. 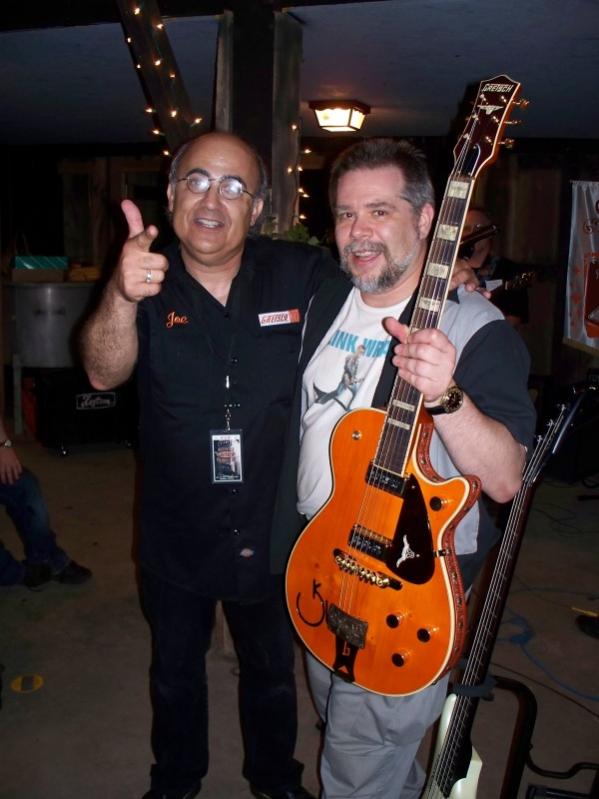 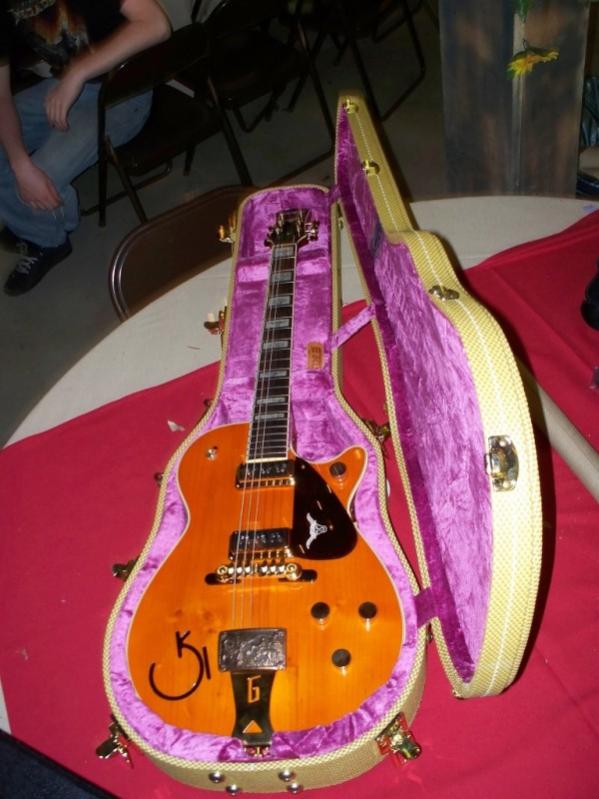 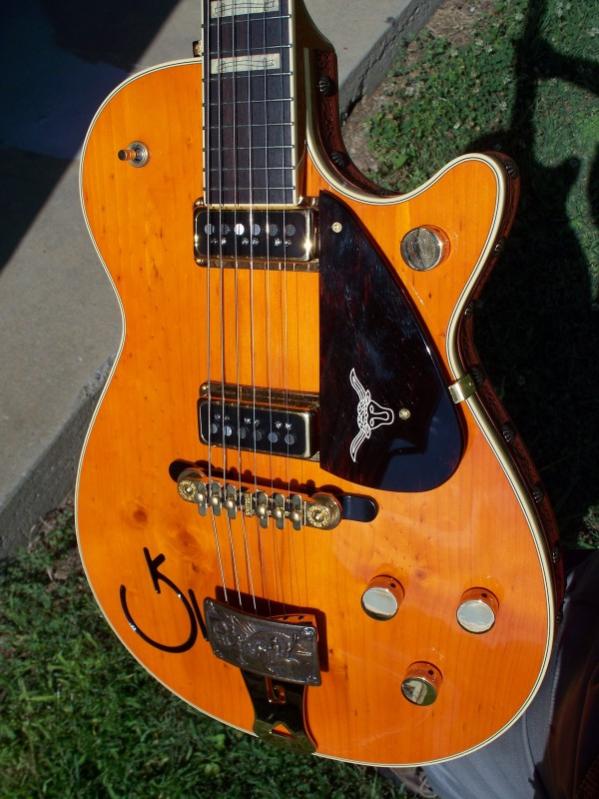 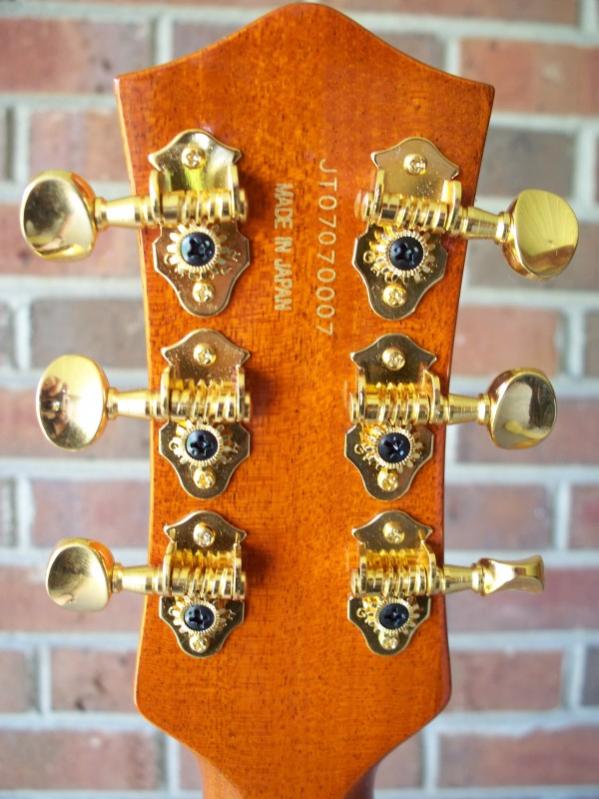 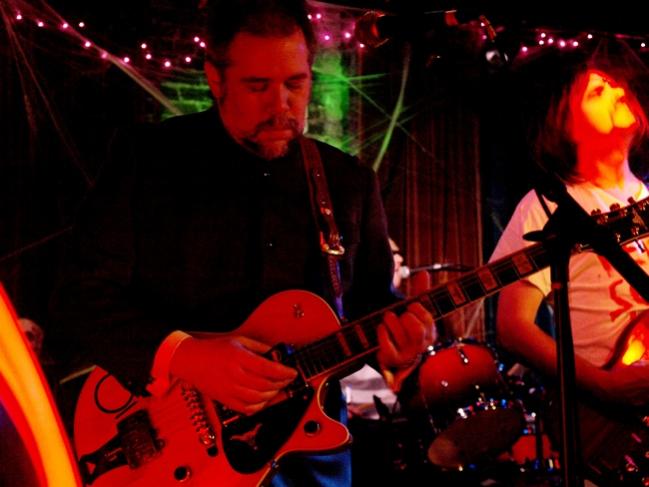 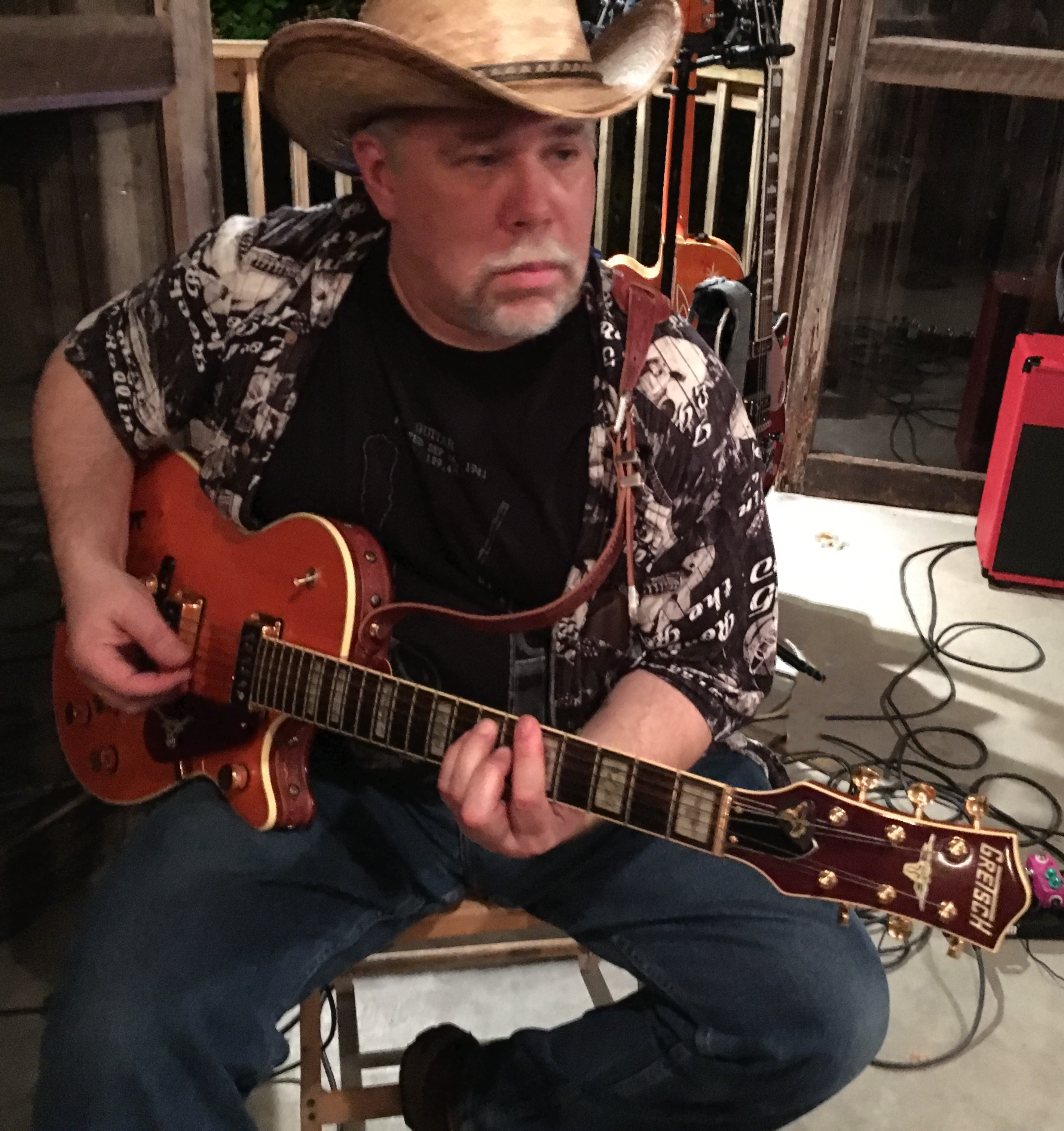 Those are yum! I have a George Foreman model Duojet, it lacks western motiff but I'm working on it.

TV the Wired Turtle said:
Those are yum! I have a George Foreman model Duojet, it lacks western motiff but I'm working on it.
Click to expand...

Is that the limited edition model with the built-in electric grill? Awesome! 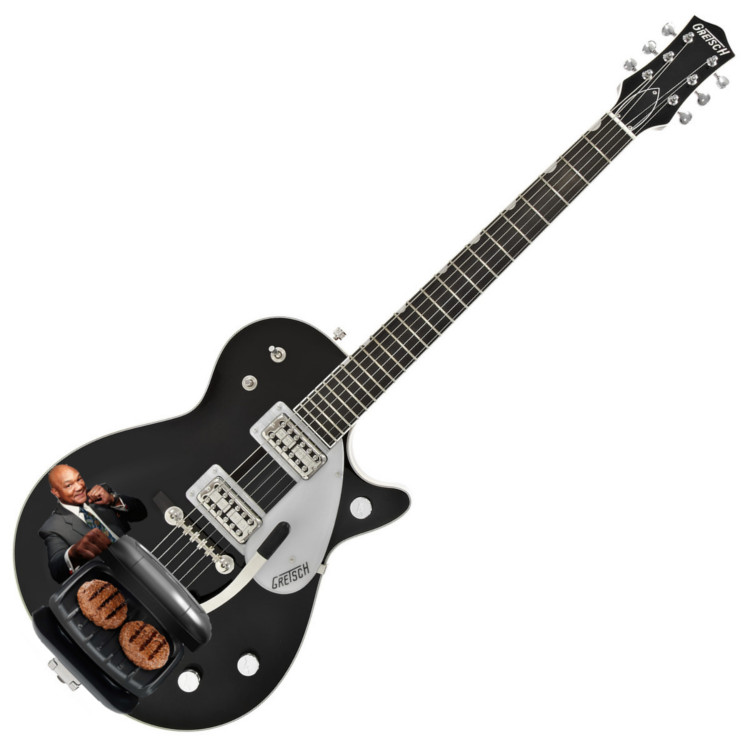